What.
seems
to be the problems beetwen
BIFF and willy?

The problem between Biff and his father, Willy, developed when Biff discovered that his father was having an affair. Also, his father has unrealistically high expectations for him and Biff couldn't meet them.

Willy tried to hide his failures. He was convinced that Biff has failed to achieve success and has no respect for him while Biff blames his failures on his father.

i'm not sure what kind of millet you're talking about, but i understand millet as this. it's a cereal plant that grows fast. they are small-seeded grasses, and are used in a lot of alcoholic beverages. fun fact: birds like eating it! 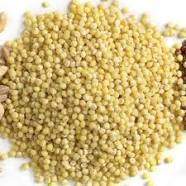 Another question on Araling Panlipunan

Technology and Home Economics, 25.04.2022 16:55
TEST.1. Identify the word or group of words being reffered in the sentence. choose the answer from the box and write on the space before the number...

Health, 25.04.2022 16:55
It is caused by the deliberating taking of laxatives to speed up the movement of food through the body that leads to loose bowel movement....

English, 25.04.2022 16:55
8.Aside from ensuring constant flow of information, what could we expect from social media especially in this trying time due to COVID-19 pandemic?...