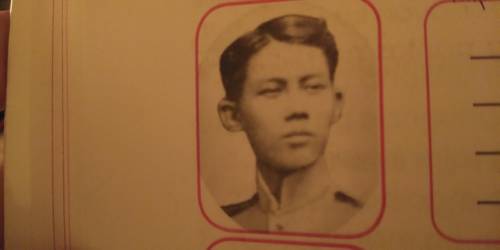 Gregorio del Pilar, known to his family and friends as "Goyo" or "Goyong", was born on 14 November 1875 at San Jose, Bulacan, Captaincy General of the Philippines to Fernando del Pilar and Felipa Sempio.

As one of the youngest generals in the Revolutionary Army, he was known for the successful assault on the Spanish barracks in the municipality of Paombong, his victory on the first phase Battle of Quingua, and his last stand at the Battle of Tirad Pass during the Philippine–American War. Because of his youth, he became known as the "Boy General.

English, 15.02.2021 04:15
Activity: Create me! Directions: Create a structured questionnaire (close-ended) consisting of the following elements below. You may print it using a...

English, 15.02.2021 04:15
Pwede po pasagutan kung sasabihin nyo lang nakalimutan mo yung sagot erereport kita​
More questions: Filipino Another questions
Questions on the website: 15164532
Instant access to the answer in our app
And millions of other answers 4U without ads